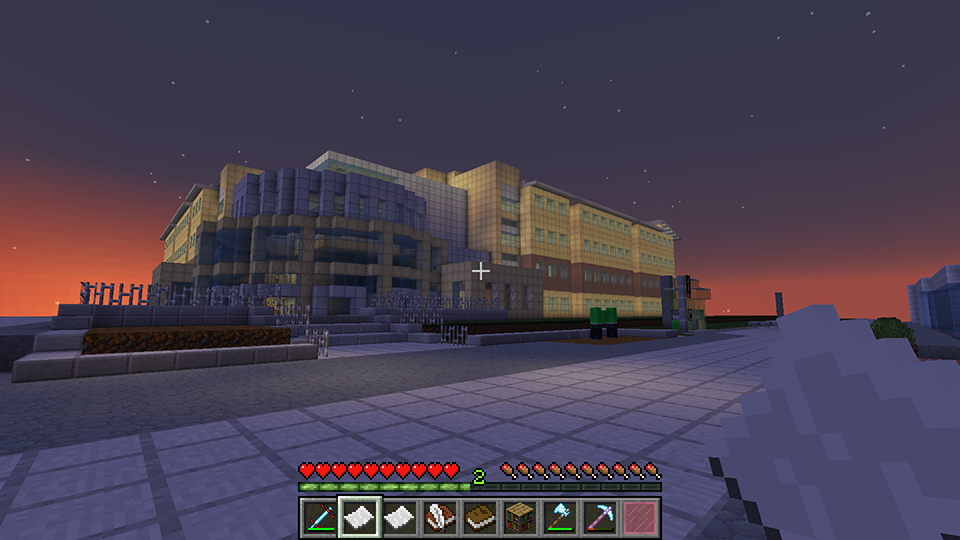 On campus housing at UT Dallas as represented at sunset in Polycraft World.

UT Dallas is a public state school in the University of Texas System and an emerging research powerhouse. The beautiful UT Dallas campus, which has been designed by world renowned landscape architect Peter Walker, provides a starting canvas and inspiration for the starting terrain of Polycraft World.

The Polycraft World Landscape is designed as follows: